Team Aruba goes to second semi-final in a row

DARLINGTON, S.C. (Oct. 10, 2018): Team Aruba traveled to the Legendary Darlington Dragway last weekend for the second to last stop on the 2018 PDRA tour. Although every event is at least one plane ride over the ocean for Team Aruba, this event could be considered their home stop on the tour, as it’s the closest to the team’s stateside base in Union, S.C. They continued their impressive stint with the new car, making their second semi-final appearance in as many races. 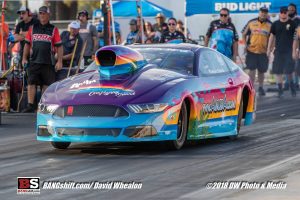 Driver of the Aruba.com Mustang, Trevor Eman, and his wife, Nicole, are expecting their second child soon. While Eman is home awaiting their newest addition, John Bartunek filled his seat.

“I was very impressed with the amount of people that came to me asking how Nicole and the upcoming baby were doing, both racers and fans,” expressed team owner, Ven Eman. “This goes to show the bond in the PDRA.

“Our team has done very well with this new car. Doug, Pat and John Peterson did a  tremendous job taking a brand new car to the NHRA US Nationals and then to two PDRA semi-finals. John Bartunek  did an excellent job driving the car this weekend. We’re thankful he could step up and drive for us since Trevor was unable to come to Darlington.” 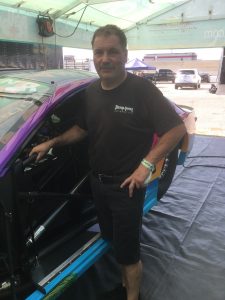 Bartunek will also be driving the Aruba.com Mustang at the PDRA World Finals at Virginia Motorsports Park, October 18-21.

“We are already preparing for the World Finals. Bruce Morgan will also be with us for Virginia after missing two races, and Bartunek will be in the driver’s seat again to finish out the season for us. John is not only a good driver, but also knows his way around all aspects of the car. He has a long history in Pro Stock and is a great fit for us.

“This new car is proving to be a fast hot rod,” continued Eman. “We are excited to finish 2018 strong and then prepare for hopefully our best season ever in 2019. Our fan, partner and sponsor support means the world to us. They are the reason our team is successful.”

For more on your Aruba vacation visit www.Aruba.com and www.airportaruba.com.

Cannot get other user media. API shut down by Instagram. Sorry. Display only your media.